The Internet of Things (IoT) – A Bright Future vs. Doomed To Slow Adoption 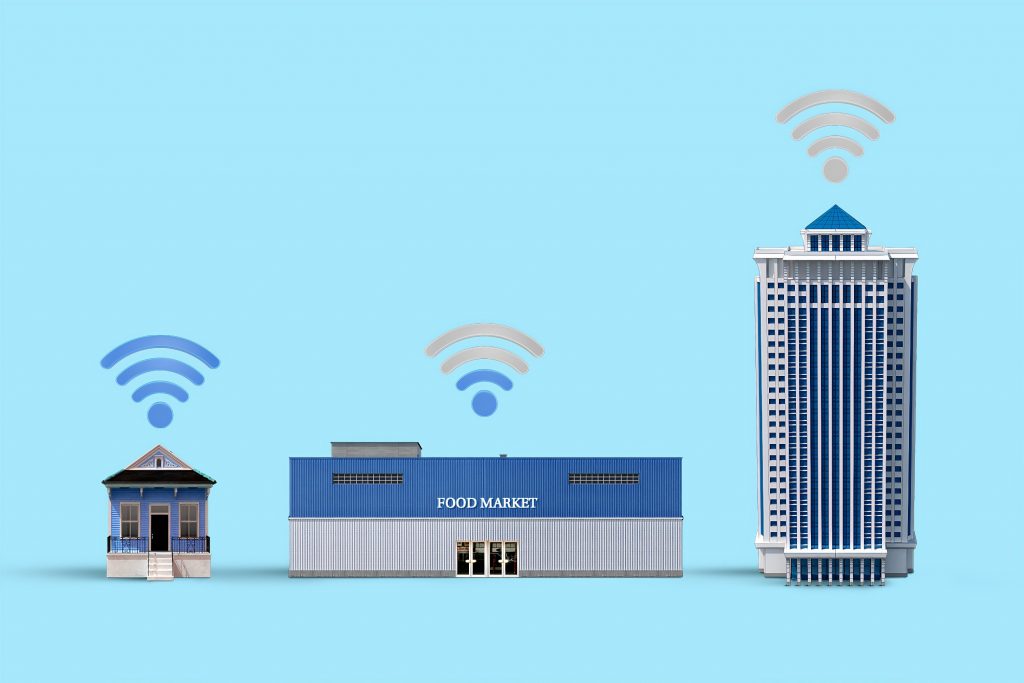 Along with Artificial Intelligence and Big Data, IoT is at the centre of the digitalisation of the world economy. The excitement over IoT is driven by its ability to bring previously isolated objects, from fridges to Ferraris, online.

Data collected from IoT sensors can be monitored, fed back to instigate an action, inform the design of an algorithm or trigger a response in another connected object, maybe hundreds of miles away.

However, current adoption rates lag in comparison to potential benefits. Business leaders cite concerns over security and privacy, gaps in digital infrastructure and opaque regulation as holding back adoption, even after successful IoT pilots.

The Internet of Things is a network of physical objects or devices that communicate and interact with each other via an internet connection.

The other central component of IoT is the internet connection. Connectivity is necessary for the transmission of data between the IoT object and the computing power that is collecting and analysing the information. Telecommunications (telecoms), as the sector that provides internet connections, is therefore at the heart of IoT transformation

What is the impact of it?

IoT can revolutionise the business and consumer landscape by bridging digital and material worlds. Any industry reliant on making, moving or selling objects that were previously not connected to the internet stands to benefit. The specific benefits IoT can bring to a business depend on how the technology is used.

For example, sensors can be used to reduce waste by optimising lighting or heating based on occupancy levels, or reduce spoilage of products in transit by monitoring temperatures.IoT can also generate revenue and increase productivity, such as acoustic offshore oilfield sensors that analyse activity through pipelines to maximise output and help identify new resource pools.

The retail sector today can be divided into two distinct camps: the physical retail sector, which has suffered disruption from the rise of ecommerce platforms – a situation that is being compounded by COVID-19 movement restrictions. And the internet retail sector, which is going from strength to strength – with over half of UK consumers now shopping online and the sector forecast to account for over 50% of all retail sales within 10 years.58 IoT has the potential to support both sides, helping brick-and-mortar outlets leverage the very perks that digital players like Amazon pioneered, and online platforms manage ever expanding, complex supply chains. Broadening adoption could help reinvigorate the sector; overall the global IoT retail market is forecast to reach US$94.4bn by 2025, a 21.5% compound annual growth rate from 2020 (source: IoT in Retail Market Size Worth $94.44 Billion By 2025 | CAGR: 21.5%, Grand View Research, 2018)

Retailers are making the in-store experience more efficient and personalised, eliminating pain points like products being out of stock, and helping companies better monetise their customers. Target uses IoT to collect shopper data and provide personalised recommendations as they move through the store, enabled via a mobile app that gives product recommendations based on their location within the physical store.

Bloomingdale’s has won plaudits for digital transformation initiatives that include a ‘scan and send’ tool enabling in-store users that cannot find their size or colour to scan an item, check for its availability and have it 58 Half of UK retail sales will be online within 10 years, report predicts, The Guardian.

Omnichannel retail is one key area where IoT is contributing. This approach decouples information from products, letting consumers seamlessly learn about, test and purchase products across physical and digital domains. For instance, retailers and manufacturers are using augmented reality to let customers see how a product will look in their home, or on their body. IKEA has built an app that lets consumer visualise how an item will look in a desired location in their home, and cosmetics giant L’Oréal offers AR-enabled visualisation through an app on which customers can see how different lipstick shades would look on them using their camera phone.

Such experiential innovations can increase customer conversion and drive monetisation.

For wholly online retailers, IoT is helping stack, move and track products with greater precision. Amazon is the market leader, using an army of 100,000 robots to move products around its warehouses for sifting and sorting by human workers.

It is also developing wearables like buzzing wristbands that direct employees to the correct shelf locations, freeing up their hands and eyes, which no longer need to look at scanners and screens to navigate around warehouses.

The emergence of COVID-19 has caused massive challenges for retail sector supply chains, with companies facing inventory depletion as consumers stockpile, and production losses as workers take time off for illness or are furloughed.

While a demand surge triggered by a global pandemic is unprecedented, annual events such as Black Friday, Cyber Monday and Singles Day (an online shopping festival in China hosted by Alibaba every November) mean e-commerce retailers increasingly need to scale operations up quickly to adapt to new consumer habits.

For example, during the US ‘holiday shopping season’ (the five days from Thanksgiving to Cyber Monday) in 2019, over half the population shopped online or in person, an increase of over 24 million shoppers compared to 2018

Retailers are struggling to adapt to this new reality; 40% of sector executives said they experienced an operations issue during Black Friday/Cyber Monday at least once in the past three years, resulting in revenue losses and a negative impact on brand perception.

Additionally, more than 80% of respondents said they were at least somewhat concerned about the efficacy of their supply chain in these periods of high demand.

One area where both online and in-store retailers can benefit from adopting IoT is in inventory management. Here, tags placed on products known as RFID tags allow store managers to remotely monitor stock levels, both on the floor, in the stock room and the immediate supply chain.

These tags can be passive meaning power from a scanner is needed to activate them, or in cutting edge adoptions, they can contain low-power battery cells meaning the tags themselves transmit location information.

One of the most important benefits of these systems is improving accuracy. For example, use of a RFID system achieves around 95% accuracy in inventory visibility, compared to an average of 63% in non IoT enabled systems

Example: Geek+ and its robots

Robots can reduce the time spent by humans searching for items in large facilities. Instead of a worker picking an item from shelves in a big building, robots can bring shelves to picking stations where workers are situated.

Geek+’s philosophy is to use automation to figure out how robot and human workers can most efficiently collaborate. Their core team is interdisciplinary, combining experts in computer science and robotics with those with backgrounds in factory operations. “That’s the strength – putting these skill sets together so you have hardware, software and algorithms.
While Geek+ originated in Asia, it has operations globally, including in Europe, where it gained trading approvals for its warehouse robotics in early 2018.

What are IoT’s challenges?

Across different industries, IoT adoption has been lower than what experts consider commercially salient. A 2018 study by Capgemini found that, on average, only 36% of organisations were implementing IoT for optimising internal operations and many that had only deployed at one or two sites. Even businesses who had taken initial steps to implement IoT found they were adopting the technology more slowly than initially planned.
Business leaders mentioned three key concerns hampering IoT adoption:

1. Security and privacy: 62% organisations that were struggling to scale up IoT applications cited cyber security and data privacy threats as a top concern and a key reason behind not moving beyond initial pilots
2. Regulation: 95% of businesses supported dedicated IoT regulation to help understand their responsibilities as vendors for IoT products
3. Digital Infrastructure: A third of businesses that adopted IoT felt they did not have the resources or workforce to scale their IoT project to full realisation.

To fully realise IoT’s potential across industries and segments, these challenges need to be understood and addressed. Whether any individual company choses to implement IoT or not, adoption rates are set to rise over the coming years. Sectors that have previously not faced disruption from start-ups in the first phase of the internet may find new tech-enabled companies in their markets.

Support exists for those who are inspired by the potential of IoT but are unsure of their own first step. In their preparations for the new IoT-enabled world, business leaders should remember the lessons of the first phase of the internet: early adopters feel the benefits most keenly and those who drag their feet are likely to find themselves suddenly in frame for their own Kodak moment.

Get updates and learn from the best

The agreement is valid until 2026. 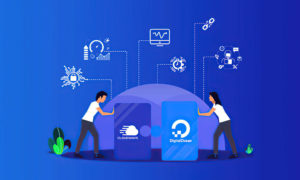 With the help of Cloudways, we migrated our sites to Digital Ocean servers, and the results were not late.

Do You Want To Boost Your Business?

drop us a line and keep in touch 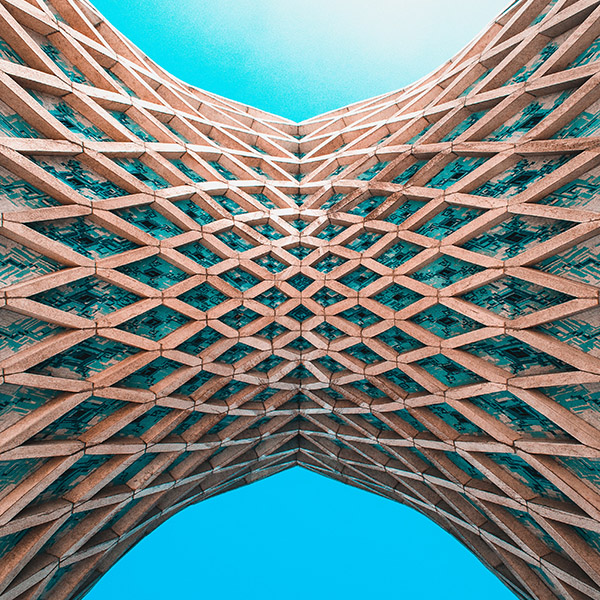 Let's have a chat